How William I Controlled England 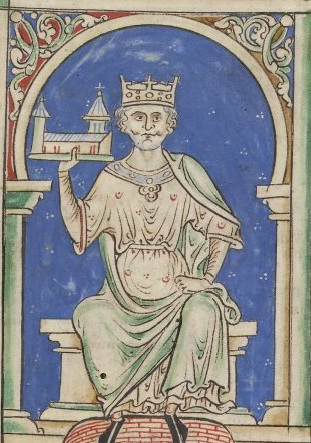 How the King established himself and kept England under control after the Battle of Hastings.

Obviously, the first step in the right direction was to seize the English realms put his mark on the many English realms. He achieved this by having castle after castle after castle constructed around the country (particularly the south east). Not only did this mean that England now had better defences (as he took over easily), it also meant that he could establish himself as king. By building so many monuments and fortresses around England, he could turn it into his own little empire.

Once he had made it clear that he was the boss, he needed to find out how much his land was worth. This called for a grand census. Sending his knights around the country to find out how rich everyone in England was might have been a bit excessive in the eyes of the peasants at the time, but it was the only way that William could kick-start his domination of England. Without the Domesday Book, he wouldn’t know his realm. If only he’d been alive to have it read to him.

However, it didn’t matter how much he tried to stay in control, there were always going to be some who rebelled. The people of the north were getting louder and louder. Pretty soon there would be a revolution against the Normans. Asking the northerners to keep it down wouldn’t be enough. If he wanted to stay in control, he had to crush, flatten, destroy and exterminate anyone who disagreed with him; otherwise he would be thrown out of England as quickly as he got in. If the northern lands were to be controlled properly, they would have to die!!

These days, if a gang gets too rebellious, people are sent round to talk to them and give them some emotional support. But the former Duke of Normandy, however, took a rather different approach. He marched his southern army up to the higher realms and set fire to them, He hacked and chopped and fired and torched until the upper end of England was no more than a pile of ash. The people of the north now had to beg for life. They had no homes, no money and no resources. Now that is how to get back in control of a new-found kingdom. William had taken England, turned it into his own, and then hammered the point home by massacring all who opposed him. That is how William the Conqueror controlled ancient England!