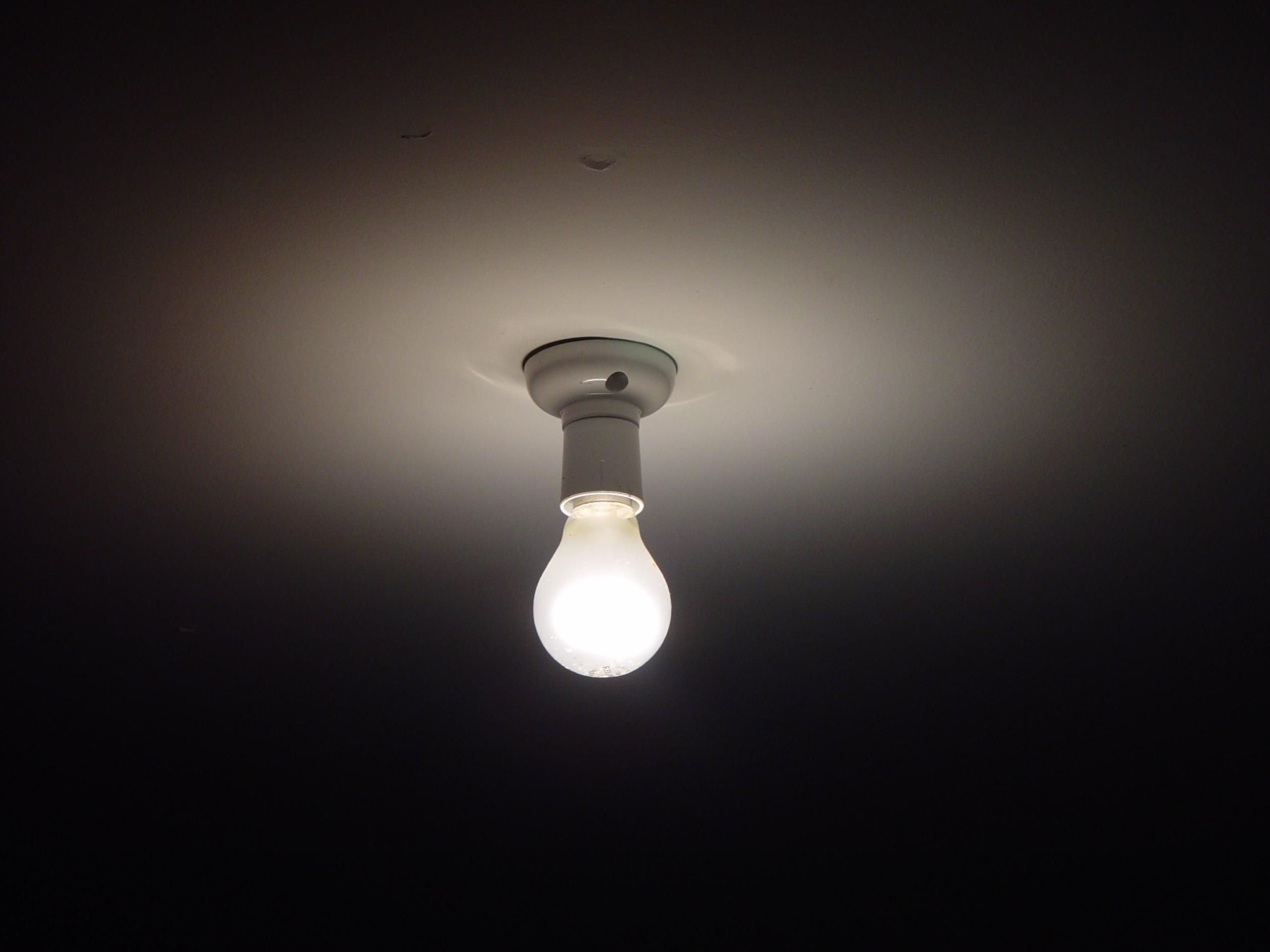 The history and working of filament bulbs.

A standard filament light bulb is composed of a tungsten filament suspended on two metal wires inside a glass sphere. The bulb derives electrical power from two metal contact points at the base of the bulb, which connect to the electrical circuit inside the light fitting. Electricity flows into the bulb through one of the wires until it reaches the filament. When the current reaches the resistor, electricity is converted into heat, and the filament soon heats up to 2500°C, at which point it produces a bright glow. To prevent the filament from burning, the interior of the bulb is filled with inert argon gas.

In an environmentally friendly fluorescent light bulb, there is a sealed glass tube, the inside of which is coated with phosphor and mercury. When electrons are forced through the bulb’s two electrodes, the mercury evaporates and gives of ultraviolet photons. When the UV light collides with the phosphor powder at an atomic level and the phosphor then gives off a visible white light. By using the otherwise wasted ultraviolet light, fluorescent bulbs are far more efficient than traditional filament ones.

The History of the Light Bulb

An early predecessor of the modern filament bulb appeared in 1810, when an English chemist named Humphry Davy invented a device known as the arc light. The arc light had a similar setup to the filament bulb, with two wires connecting a battery to a strip of charcoal. The charcoal would glow when given an electrical charge (surrounded by “arcs” of electricity). The next step was taken in 1840 by a physicist and chemist by the name of Joseph Swan, who designed a light bulb which used a carbonised filament in a partial vacuum. The bulb worked, but the carbonised paper used for the filament was highly temperamental, and so Swan spent thirty-five years searching for a better material before finally settling on cotton thread. His new bulb (first demonstrated in 1878) managed to shine for over thirteen hours.

Meanwhile, over in America, the famous Thomas Alva Edison had drawn up a remarkably similar invention which also used a cotton filament. Edison’s prototype beat Swan’s burning time by well over an hour. Edison then bought his rival’s patent (with Swan subsequently being largely forgotten) and set to work on further extending the bulb’s life span. In 1880, he unveiled a new bulb -this time with a bamboo fibre filament- which lasted for well over a thousand hours. This stage of the light bulb’s evolution was greatly helped by the mercury vacuum pump, invented by German scientist Herman Sprengel, which allowed the bulbs to be almost completely emptied of oxygen. The glass bulb design was borrowed from Canadian scientists Henry Woodward and Matthew Evans, whose patents he also bought.

Moving into the twentieth century, the first tungsten filament bulbs were produced by America’s General Electric Company. Later decades then saw the introduction of neon lighting, followed by photography flashbulbs’ halogen bulbs, and most recently the Energy Saving bulbs. The light bulb is now a common feature around the developed world, appearing in multiple variations throughout nearly all houses and public buildings.