Was John a Bad King? 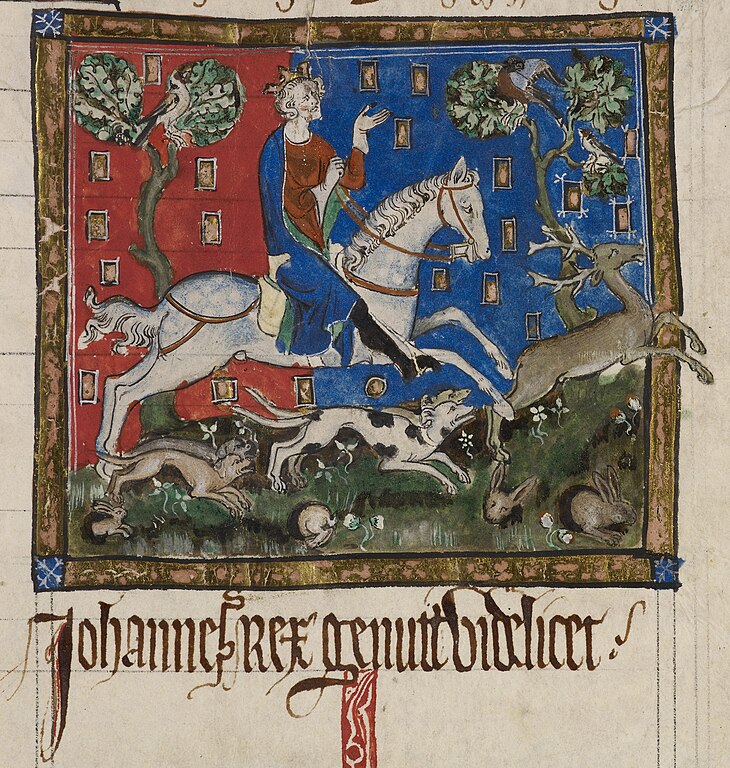 An essay on the merits and failures of his personality and politics, with notes on the public perception of him.

“Yes” is the typical answer to this question. King John has forever been portrayed as a wicked, vile ruler of England, who taxed the country out of everything they had and despised his own people. But then King Henry VIII went down in history as on overweight thug who attacked the Roman Catholic Church and went through six wives, two of them he executed! Edward the Confessor went down as a pathetic excuse for a king who could never stick to a decision. Marie Antoinette, wife of Louis XVI of France, doesn’t get seen as much of a great figure either after her reaction to the peasants’ famine and Mary I wasn’t very popular with the British Protestants, whom she burned at the stake. It’s hard to think of any royal figure throughout history who has been particularly nice to their people, and who therefore has been recorded as “good”. All kings and queens up until the current Elizabeth II (who, when you think about it, doesn’t really get to be queen at all) were apparently “vile, cruel and greedy”. John, then, may well turn out to be no worse than any other historical king, not that we should let him off the hook straight away of course.

General opinion of King John has changed over the years from angel to devil, then back to angel. Walt Disney, of course, went straight for the villainous John, the evil John as the character for the Robin Hood film. Chances are, they were aiming purely for entertainment value with little or no regard for historical accuracy. This is understandable: a Disney film will never realistically be a historical documentary, any chance of that disappeared the moment the decision to have animal characters was made, so the only way they could succeed in making a good movie was to go for a pantomime villain. So they did. In the movie Prince (not yet king, you’ll note) John is a greedy fool, who is incredibly gullible and therefore easy to rob: when little John sucked all of the jewels from his rings, Prince John didn’t even notice. He also fell to pieces at any mention of his mother. I doubt that this had any relevance to the real Prince John.

Because Disney is not an established historical documenter, and most historians judge past events against their own time periods, the contemporaries of King John seem like a good source of information, providing the sources haven’t been tampered with over the centuries. Most of the contemporary passages are rather critical of King John, for instance “John trusted strangers but not the people he rules over.” were the words of one monk who thought John was a poor leader. It is also strongly suggested that John had a great loathing of religion, and apparently said that priests were “public enemies” before banishing them from England. Another aspect often applied to John is typical royal greed. Historical records from the time state that he heavily taxed the whole country, bleeding dry everyone from the lowest peasants to the richest lord and lady, he even made the barons pay “scutage”. This is not looking good for John.

These people, however, cannot be given my full trust before we look closer at who they really are. In order to be John’s contemporaries, they would have to have been his people, or to put in another way, his victims. They had to endure typical king’s cruelty such as taxes, wars, execution etc.  This makes them likely to see John in the worst light. There will not be many contemporary sources which portray John as a good character, as like most kings/queens he was the enemy of the people. He was, in particular, the enemy of all monks and Barons. He taxed the Barons, he ignored the needs of the church and he banished all of the monks from Canterbury, calling them “public enemies”! So it seems reasonable that they should call him a “poor leader” and a “tyrant”. Likewise, the Barons had not respect from John, who denied them their power and nearly started a civil war (the less said about him seducing their sisters and daughters the better).

Of course all kings have their good points (somewhere) and John did make several changes to England for the better, he reinforced the British Navy, for instance and introduced a new, presumably better, monetary system to make government finances easier and he revamped the country’s law courts. John also took control of Scotland, Wales and Ireland, thus bringing relative peace to the realms of Britain. To damp down the flames of the Barons I’m afraid I have to resort to saying that he raised taxes and killed those who disagreed with him by saying he had to. The wars of the Holy Land were raging, and Britain was under threat, John couldn’t afford any slip-ups, everything had to be perfect. Money was to be no obstacle, there could be no compromise in King John’s plans, and if money was needed to pay for a war then the Barons would have to cough up! Likewise, when John went to war, he couldn’t let God get in the way of his plans, he didn’t have time to pray before battle and most of the amendments would have gotten in the way of the mere action of killing the enemy, of taking their land, thus the only way to be successful was to dispense with religion altogether. The same may also apply with his ignorance of his Magna Carta agreement. Overall, he was just a man determined to get his job done, and nothing was going to stand in his way!

Historians’ opinions of King John have fluctuated over the centuries depending on what was fashionable at the time. In Tudor times, people supported King John because he attacked the Catholic Church as Henry VIII had done (or rather, Henry declared that the Catholic Church was bad, and that King John was therefore good, forcing schoolmasters to pass this on to their pupils) whereas the people of Queen Victoria were used to being in the capital country of an enormous empire covering a quarter of the Earth, thus they despised John for the way he lost many foreign battles and considered him to be a rather poor leader. By the mid-20th century, historians no longer had to write according to the opinions of the current ruler (or peer pressure) and they began to look a little more sympathetically at John, saying he worked hard and suffered merely from a lack of luck during his reign. They have a point: John was given the crown only because his brother – Richard the Lionheart – was away in the Holy Land, fighting in the crusades, England was under threat, there was no money to pay for the war, John had to raise taxes as high as they could go and the public hated him, very unlucky!

Overall I think John was quite good, for a king. He brought in new currency, strengthened the Navy and united Britain as one, but that’s the problem: He is a king from the past. As I said (or rather wrote) at the beginning of this essay, all kings and queens have gone down in history as being greedy, cruel and vicious, and clearly John is no exception. While historians may well find some good features, most people (particularly those who only know King John from Robin Hood) will automatically judge him to be a villain. It doesn’t matter to the general public that King John strengthened the Navy and improved Britain’s financial systems, he will always be remembered as the evil tyrant who stole the crown from his brother, taxed England half to death and put priests in lead cloaks before leaving them to die. Which brings me to my final point: A guide dog, no matter how well supermarket trained it is, is still a dog; a flea-ridden descendent of a wolf. A “clever” starfish (it’s only a matter of time) is still a creature with no actual brain and a “cheap” Rolls Royce is still going to have a sextuple figure price tag. Likewise, John was pretty good for a king of the middle ages, but the fact remains that, and thus the answer to the original question “Was King John a bad king?” is, I believe, no, but the answer to “Was King John bad?” is still, by all means YES!