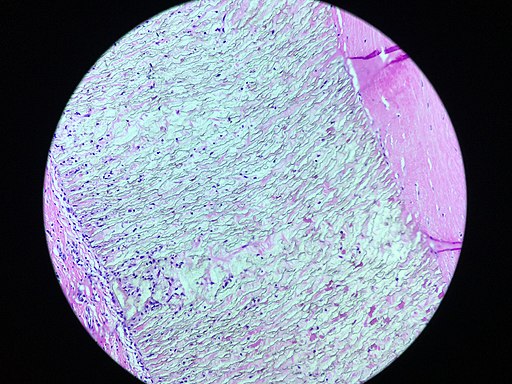 Who first made it? What is the monomer? What are its uses?

Teflon is a synthetic fluoropolymer, formally known as Polytetrafluoroethylene, whose repeating unit consists of two carbon atoms, each attached to two fluorine atoms. The polymer is formed by the polymerisation of the monomer Tetrafluoroethene, composed of two sets of CF2, joined with a double bond.

Teflon first appeared in 1938, in the DuPont company’s Jackson laboratory, discovered by Roy Plunkett (1910 – 1994). Plunkett was researching ways to create refrigerants from chlorofluorocarbons, to replace the previous versions which used sulphur dioxide and ammonia. When he had a large volume of tetrafluoroethylene gas stored in a number of cylinders, it was found that – at sub-zero temperatures – the gas had become a white powder with low surface friction, chemically inert and heat resistant.

Teflon’s major selling point was that, by virtue of the strong bonds between carbon and fluorine atoms, it will not easily react or stick to other substances. It has thus been hugely successful as a coating for non-stick pans, gears, windscreen wiper blades, carpets and electrical wires.