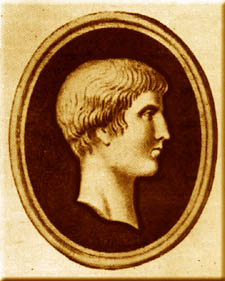 An account of the difficulties of being a client, according to Martial.

Being a client during the Roman era would give a man financial support, and assistance, but there were many obligations which had to be fulfilled, and often a patron would want to make you well aware of your place.

Martial wrote several epigrams about the struggle of being a client, and the ways in which a patron could take advantage of you.

In Patrons and Clients: 3.60, Martial describes the inequality of the food given to patrons and clients. At a meal with Ponticus, Martial sucks mussels and is fed pig fungi, bream and a suspicious magpie. Martial feels disconnected from his patron, who receives oysters, mushrooms and a golden turtle dove.

As detailed in 5.22, attending the salutatio with Paulus requires Martial to walk away from the Tiburtine pillar to the Esquiline, including steep slopes, arid stone steps, and cavalcades of mules with marble blocks. He arrives, soaked and exhausted, to be told that Paulus is not in his house, making the entire charade pointless.

Another patron, Caecilianus, fines Martial one hundred quarters simply for not addressing him as “my lord”. (6.88)

Even on a good day, a client’s wages were disappointing: Martial’s daily wage of one hundred lead coins can be trumped in one hour by Scorpus, a champion charioteer, who earns fifteen large sacks of gold. Martial, feeling unappreciated, longs for rest.

One peculiar case is a patron name Maximus: (2.18) shows him pandering to another, even richer man. Martial realises he is a client of a client, and that Maximus may not be so different to him after all.