Nature versus Nurture in “The Tempest” 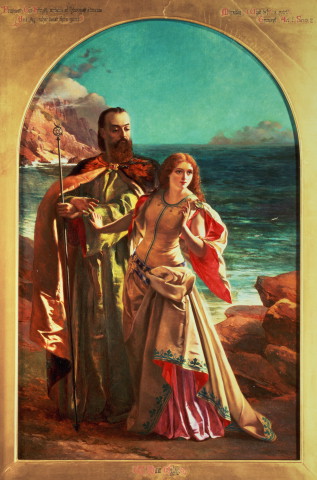 Shakespeare’s final masterpiece presents the readers and viewers with a range of characters, each of whom has a personality and set of abilities. Some such aspects are assumed to be innate, and to exist simply because of who they are. Others are explained to have been developed by the experiences that the characters have enjoyed and endured in the years leading up to the play’s events. Sometimes, the supremacy of either in regards to the personalities of each character can be the subject of much debate.

The character of Caliban is, from his initial introduction in Act 1 Scene 2, bestowed with many dislikeable qualities and attributes. He is portrayed as scaly, uncivilised, barbaric and morally deficient. Prospero describes him as a “poisonous slave” while Miranda calls him “savage”. Both seem to be convinced that the man to whom they refer is beneath them; that Caliban is sub-human and not deserving of the same respect that they are. Many critics of the play have historically associated this theme with racism of the time – particularly as Caliban is often portrayed by a black actor in an otherwise white cast – but there are also reasons given for the creature’s low status which stem from his own actions, most notably the fact that he “…did seek to violate the honour of [Prospero’s] child.”. Whether this act was a deliberate sexual assault or a dire misunderstanding is left ambiguous in the play, but what matters is that it shows the treatment of him was based on his own actions – indeed, the characters speak of a time when relations were rather warmer, and when a then innocent Caliban was accepted almost as an equal (though accounting for his lack of formal education).

Moving on to Prospero’s character, we find more unanswered questions as to the subject of this essay. The most prominent is that of the former Duke’s magical abilities. What is not discussed is whether or not his powers are derived from a gift he possessed at birth. It is said that Prospero learned magic from studying the relevant books in his vast libraries – with the implication that any sufficiently dedicated scholar could do the same, yet he is sometimes portrayed as an almost otherworldly being.

To discuss “nurture” in the more literal sense, we must look upon Miranda. It is clear from their interactions that Prospero – strict and powerful as he is – cares deeply for his daughter’s wellbeing and happiness. Unfortunately, she is forced to live out most of her childhood in a very strange place, with only her father, Caliban and Ariel for company. She only dimly remembers her early years in Milan, which “’is far off; and rather like a dream, than an assurance that [her] remembrance warrants.”. This surely would have a great impact on her development. Upon her meeting with Ferdinand, Prospero reminds her “Thou think’st there is no more such shapes as he, having seen but him and Caliban. Foolish wench,” – meaning that her lack of familiarity with males her own age leaves her with no mechanism for properly judging the prince’s character, making her easily impressed by relatively weak charms and therefore vulnerable. Of all of the characters in this play, Miranda is the one who is most a product of her unique experiences, for it seems that her life – and thus her personality – would otherwise have been very different.

Upon leaving the world of humans, we come to the mystical spirit Ariel. His “nature”, as it were, is difficult to define, given the myriad ways in which the character has been depicted throughout various performances of The Tempest. Sometimes he is shown as a large anthropomorphic bird, others as a musical eccentric or a naked adolescent. His lines show him to be a creature of the elements, rather than a physical organism. His “nurture” consists of his torment, imprisonment and abandonment by the witch Sycorax, followed by his rescue and employment by Prospero. Though he appreciates the latter’s relative kindness, still he longs to be released back to the sky where he truly belongs. Oddly however, he seems to take an unusual pleasure in carrying out the tasks Prospero has set him, such as when he graphically recounts his imaginative creation of the titular storm (“Now in the waist, the deck, in every cabin, I flamed amazement…”), or when he poetically tempts the various shipwrecked royals. In all such cases, there is insufficient information to determine whether this is natural for a being such as him (if indeed there are others) – yet one can perhaps make an educated guess and suggest that his ethereal mannerisms are inbuilt, but his desire to please is brought on by his gratitude to Prospero, combined with the need to win his favour so that permanent freedom may be granted.

Overall it is fair to say that the early part of this play features many displays of both innate characteristics and those which are clearly the product of upbringing or life experience. I would not suggest that this is the central theme of the play, nor that Shakespeare ever comes to a definite conclusion on which he thinks matters most (at least not within the first two acts), but it can be said that he endows this early part of the script with many reminders of both ideas and layers of subtext regarding how each of the major characters is made up of a combination of both.