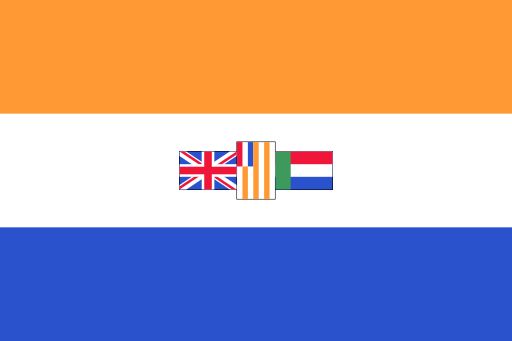 Which was more important in putting pressure on Apartheid up to 1976; black resistance or international pressure?

Although initially slow to respond to the plight of the blacks, the developed Western world had, by the latter third of the twentieth century, come to strongly oppose the Apartheid regime in South Africa. Beginning in the early 1950s, many world leaders, public figures and ordinary people carried out campaigns to effect political change in the former colony which would equalise the civil rights of all four racial groups. How effective this campaigns were remains a matter of debate.

The bulk of international pressure came in the form of boycotts, economic sanctions and charitable donations to those on the inside, along with much verbal condemnation of the white oppressors. This was particularly apparent in the world of sport, as South Africa was banned from the Tokyo Olympic Games in 1964, and many international sporting tours involving South Africa were either cancelled by the foreign parties or disrupted by protesters. Another key area was international trade: companies which invested in the South African government or which imported South African goods were continually shamed and boycotted. Unfortunately, these actions – while certainly raising awareness of the issues – had little practical effect in terms of convincing the National Party to change its policies. This was mainly due to a general unwillingness, or indeed inability, for many governments and companies to fully cut their ties with the backward republic. Although far below European nations or the “big three” in global power rankings, South Africa was relatively well-off by the standards of its part of the world, and many big players in the global financial system were afraid to risk jeopardising their investments their. General Motors, for instance, eventually convinced their South African trading partners to respect the rights of non-white employees within the context of joint business ventures, but stopped short of demanding nationwide reforms. Barclay’s Bank, too, continued to profit from economic growth in the country – despite protests in the West – and the developed world as a whole found that they still needed to trade with South Africa, upon whose ports, raw minerals and shipping channels they remained dependent. The end result was that the Apartheid government was in little danger, and remained stubborn.

At a higher level, the United Nations, which included many other former colonies now run by the black population, repeatedly ordered the abolition of what it thought to be a major human rights violation and a crime against humanity. Yet the South Africans took no notice. The main reason for this was that, with the red cloud of communism ever looming over Western heads from the Soviet Union, no country dared to attempt military action against the South African government for (mostly unjustified) fear that an important trading partner might become politically unstable and open to takeover by a communist uprising. In any case, the countries immediately surrounding South Africa were also white-ruled, so a tactical strike would be a difficult and costly process. Again, this meant that the international community could do little to threaten the racist government’s security.

Compare this with the black resistance inside South Africa: the African National Congress and Pan African Congress were able to strike directly at the government by means of boycotts, strikes, rioting and sabotage. Though the police of the regime often fought back with legal force, this fact merely proved that the government felt truly threatened by black rebels. This all culminated in the Soweto riots, in which the government’s control of the region was permanently weakened and the size of the resistance movement increased massively. Somehow the message evidently got through, as by 1978 the government finally took steps to rectify the problems which the non-whites faced.

An interesting point to note, however, is that many of the measures taken by the activists within South Africa were supported from the outside. An example of this was the International Defence and Aid Fund, which paid for legal assistance for black leaders in South African courts. It could be said that, if not directly responsible for the end of Apartheid themselves, the people of the developed world did at least achieve much in bolstering the effort from behind the scenes.

Overall though, the success of the anti-apartheid movement was by and large down to the South African non-whites fighting to save themselves, as only they were truly committed to bringing down the regime at any cost and were not held back by the sometimes petty economic and political fears which blighted western attempts. Whether the ANC and PAC would have succeeded alone, without the monetary backing of foreign donations, will ever be debatable, but we can be fairly confident that it was not the most crucial part in events.

To conclude, black resistance was the most important in putting pressure on Apartheid up to 1976 – though a little help from distant friends certainly did not go unnoticed.