From the Diary of Napoleon Bonaparte 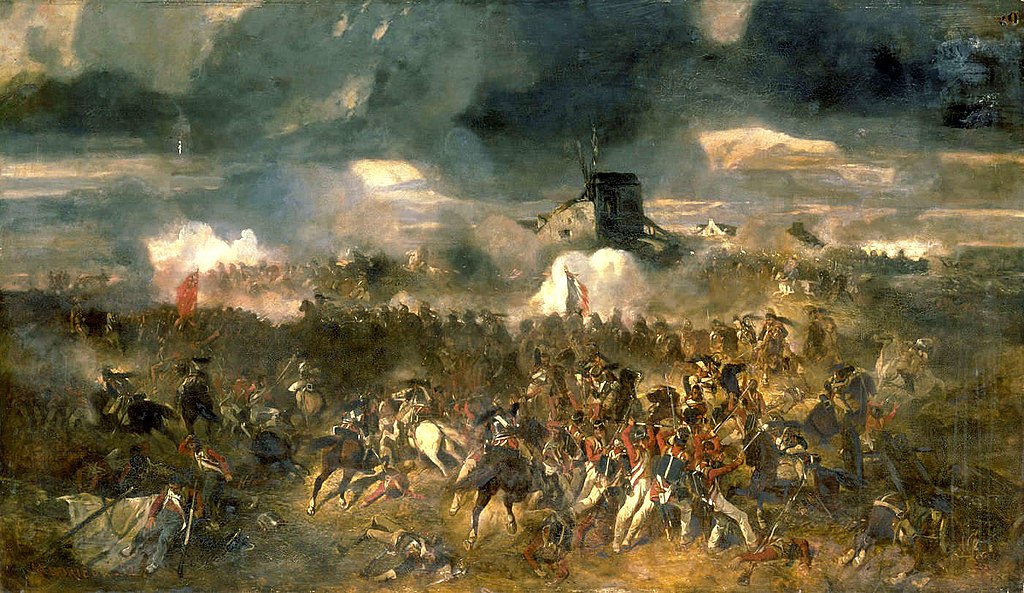 An estimation of Napoleon’s diary entries before and after the Battle of Waterloo.

At last, I am in a position of supreme power. Today “King” Louis XVII has abandoned Paris, and I have taken control of the Capital of France. I have preached to the people that I would like a peaceful reign, but I am unsure as to whether the other countries will acknowledge that. I suspect that the British might want to eliminate me, and the Austrians, Prussians and Russians are likely to join them. I only hope I can make a good enough impression as a dictator, then they might stop wanting to come after me.

It has now been nearly three months to the day since I arrived in Paris, and now it is finally time for this final war to commence. The British, Russians, Austrians and Prussians have united against me. If their armies team up, and fight me as one, my forces will be overwhelmed. However, if I tackle them individually, I may stand a chance of defeating them, Today, I must make my first move; separating Wellington and Prince Blucher. They have planned to rendezvous the British and Prussian armies in Belgium soon. I am to march my own soldiers into the gap between them before the two nations can combine their forces. Tomorrow, I will take on the Prussian army down south. I must crush their troops, so that I may then regroup my full force and unleash it upon Wellington. At least by that point, half of the war will have been won. Until then, I can only pray for victory in Ligny.

Today, I have been in luck, my army took on the Prussian army at Ligny and we have beaten them. After a glorious battle, the ground is red with Prussian blood, and those that survived have fled in terror. My men are too tired to pursue them now, so I will wait until tomorrow to send a search party. This will allow me to study their movements and tactics. Unfortunately, the only general available for this mission is Grouchy (least experienced of the lot), so I will have to give him a sizeable chunk of my men to fall back on should his brain fail him.

The time for battle is so nearly come, I know that I must engage Wellington within twenty-four hours in order to win this war. The pain of waiting is excruciating, but so is the pain from a rather different source: Haemorrhoid agony. I have enlisted a surgeon to treat my piles, but the effects of the treatment are taking a long time to work. Brushing that issue aside: I have dispatched thirty-three thousand soldiers to track down, scan and exterminate the retreating Prussians, because if they successfully team up with Wellington’s forces, I will be finished. If I am killed in action, then I only hope that this diary will survive, and preserve the brilliance of Napoleon Bonaparte.

My soldiers are getting nervous, for some have been defeated by Wellington in Spain. They picture him as a great, conquering dark lord who will strike them with his wrath. I must convince them to stay strong, otherwise their broken nerves may cost me this fight.

I was about to win this battle! I had Wellington cornered and crippled. But then those blasted Prussians arrived. Thirty-thousand reinforcements broke through the French lines and rescued Wellington from certain doom. Of course, Is should also be gaining just as many extra men, as I sent Grouchy with thirty-thousand plus troops to follow those Prussians. Yet the God-damned nitwit is nowhere to be seen! If General Grouchy does not come to my aid within the next few hours, I will be defeated! To hell with the Waterloo rain: If we had not been forced to delay our attack, the battle could have been won! By rights the drizzle should have been an advantage, since the British usually hurry inside when the rain begins. We could have obliterated them while they were sat down drinking their tea. Now it is likely that I will be forced to flee.

I am wounded, humiliated and defeated. The British/Prussian cavalry charged through my own, and the French had to run for dear life. I am unlikely to survive now, and a comeback from Waterloo will be almost impossible. This therefore, is probably the last entry into my diary. I may be captured an executed, but my name will live on throughout history. Nobody will forget the legacy of the great Napoleon!