The Structure of Lactose 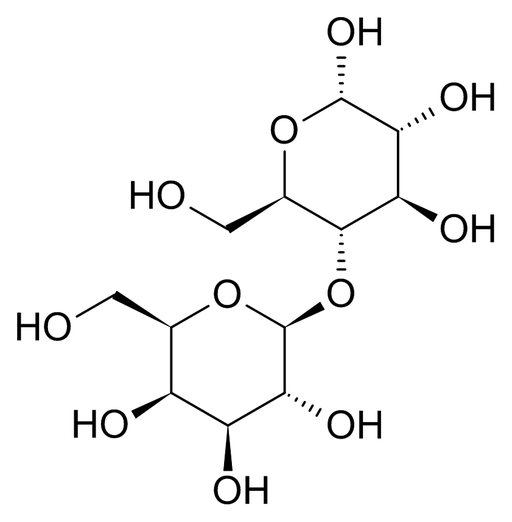 How can the structure of lactose cause lactose intolerance in some people?

Lactose is a disaccharide sugar, with the formula C12H12O11. It is formed when the monosaccharide sugars glucose and galactose undergo a condensation reaction together (meaning that the two molecules join together to form a large molecule).

Lactose makes up around 5% of milk, a liquid normally fed to baby mammals. To digest this they use the enzyme lactase, which hydrolyses the β-glycosidic bond in lactose, splitting it back into glucose and galactose. Both of these monosaccharides can be absorbed through the walls of the intestine.

The milk given to very young baby mammals is called colostrum. It is produced in smaller quantities than later milk, but with a higher concentration of the nutrient. Colostrum provides immune cells, including lymphocytes and multiple forms of immunoglobin, as well as many growth factors. The milk contains high quantities of Vitamin A, salt and proteins. It does not, however, contain much in the way of lipids, potassium and carbohydrate – all of which will appear in later milk.

Not all milk is the same. The milk given by most mammals is largely made of water, yet seals give more than half its volume to fat. Humans have more sugary milk than that of most other animals, but a much smaller proportion of protein. The composition of the liquid is, in all cases, designed to best suit the nutritional needs of the child in accordance with their native environment.

Lactose intolerance is a condition affecting those who cannot produce the enzyme in sufficient quantities. This is normal in most mammals, who never drink milk as adults (and to continue producing lactase persistence), but in humans the level of lactase production varies by continent (only 5% of Northern Europeans are intolerant, compared to 90% in Africa and Asia). Without lactase to break apart the large molecule, lactose remains a disaccharide. Disaccharides cannot cross the membranes of intestinal cells to be absorbed, so they cannot be digested. It then passes instead to the colon, where it is broken down into fluid (called lactose malabsorption), leading to symptoms such as abdominal bloating, nausea and diarrhoea.